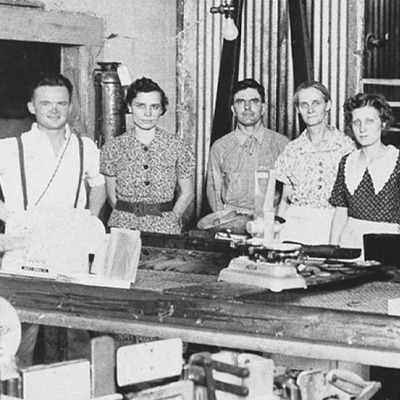 The McKee story began during the height of the Great Depression when young entrepreneur O.D. McKee began selling 5¢ snack cakes from the back of his 1928 Whippet. In 1934, he and his wife, Ruth, bought a small, failing bakery, using the family car as collateral. Money was so tight they had to put up a sheet near the back of the bakery for the family's living quarters.

Despite years of great adversity, O.D. and Ruth's rare determination finally began to pay off in 1960 when they began selling the first family pack of baked goods, naming them after their granddaughter, Debbie. Around this time, the company finally began making a steady profit.

The bakery continued to grow but remained a family bakery. O.D. and Ruth’s sons, Ellsworth and Jack, eventually took leadership positions, and today Ellsworth and Jack's children hold leadership roles. They are beginning to introduce the 4th generation of the McKee family to the business.

McKee Foods stands as a living legacy of a young couple with a big dream. O.D. and Ruth shared a strong commitment to family values that remains our company's foundation today.

In 1960, McKee Foods founder O.D. McKee was trying to come up with a catchy name for their new family-pack cartons of snack cakes. Packaging supplier Bob Mosher suggested using a family member's name. Thinking of what could be a good fit for the brand, O.D. arrived at the name of his 4-year-old granddaughter Debbie. Inspired by a photo of Debbie in play clothes and her favorite straw hat, he decided to use the name Little Debbie® and the image of her on the logo. Not until the first cartons were being printed did Debbie's parents, Ellsworth and Sharon McKee, discover that their daughter was the namesake of the new brand.

The first family pack was produced in August of that year and consisted of the original snack cake, the Oatmeal Creme Pie. Family packs were one of the first multiple-item baked goods available with individually wrapped products. The cost per carton was only 49 cents. By combining a quality product with outstanding value, Little Debbie quickly became a member of America's households. After its initial introduction, more than 14 million cakes were sold within 10 months. While the Oatmeal Creme Pie was the original Little Debbie snack cake, there were 14 different varieties by 1964 including the ever-popular Nutty Buddy® Wafer Bars and Swiss Cake Roll. 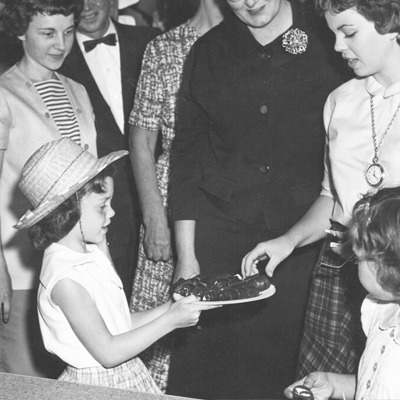 Debbie in her signature straw hat, serving Little Debbie snacks to customers at a grocery store 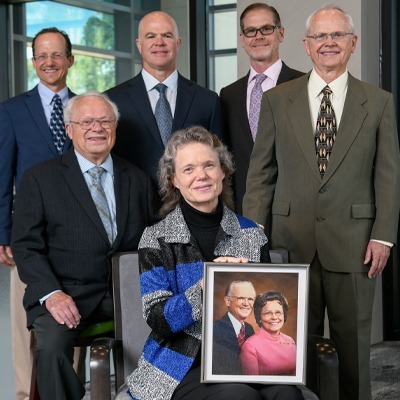 O.D. and Ruth's legacy continues with the 2nd and 3rd generation of the McKee Family

Debbie is still involved with the business today! Debbie McKee-Fowler currently holds the position of Executive Vice President and serves on the McKee Foods Board of Directors.

Want to know more about your favorite snack cake company and Little Debbie treats? Check out our timeline!